One of the most difficult things you’ll ever go through is to lose something or someone, the pain and trauma are something that most people never recover from.

When we lose people we care about, they take a certain part of us with them, whether it is through death or just plain watching them walk out of our lives, the love and affection we feel for them stays, transforms into this unbearable pain that just always seems like it will never go away, so often it’s easy to give up.

In 2017, after close to two weeks while offline having lost my phone, I opened my Facebook to the unwelcome sight of condolences from a couple of friends- one of the best people I’d ever known had died and I’d found out a week after her burial, the person I’d been chatting with the night my phone was stolen had gone to be with the Lord and I hadn’t known, I hadn’t been ready, I’d thought we’d meet over the weekend, but that was never to happen. I’d heard stories about how people always got weird feelings whenever someone they knew was about to die, infact I could have sworn that the Tuesday afternoon my Grandpa died, I’d felt sickly and weird and had to chop my afternoon lectures, but this death was one I didn’t see coming, there was no foreshadowing to prepare me, so at first I refused to accept it, went offline for a day, realized it wasn’t helping so I went back online.

I browsed Facebook and Instagram read condolence after condolence, person after person they all poured out their hearts, I smiled through the tears that wouldn’t stop whenever I read a thoughtful message, I looked through all her a hundred and fifty nine photos, wondered how cruel the world could be, I read our Facebook chats, rued my lost phone and those WhatsApp lost chats (especially the voice notes and audio), cursed that thief to the hottest spot in hell.

For the entire month after her death, I kept a bottle of alcohol in my room, grieved alone, acted normal for everyone else while I went through my grieving process, I slept, listened to music so loud I reduced the life span of my ears by fifty years, then woke up and cried again, many times I tried to write my condolences but could never get five words out without shading a tear so instead I listened to that Davido song she liked so much, laughed at how she could never get the spelling of “weird” right, on this one day I called her brother and commiserated we both cried stupid until I ran out of credit. For the first time that day, I felt the comfort of talking to someone who felt the same pain if not more pain than I felt.

The pain didn’t go away but I felt better when i shared with someone so I called him again and for at least two weeks, started playing football again and took evening walks to clear my head, I read again, dove into crime thrillers and my favourite thriller books, a year later I had the chance to visit her grave and paid my respects, felt so happy that I got to fluke a few good moments of joy into their life, three years later the pain stays with but I move regardless of it, you never forget, the memories stay, but once you deal with it, it always gets better.

If I can pass on a message about dealing with loss, then it’s that there are no shortcuts to dealing with the grief and pain that comes with loss, it hurts because it once mattered and probably still does and that’s something that you should be proud of- that you cared about someone and their presence is something you miss, so take your time, go through the process, figure out what you need to do to try and get back from that pit grief often plunges us into, as is the case with depression, quick fixes like alcohol, violence and ignoring your loss only numb the pain, it doesn’t go away.

Thank you for reading, I had a really hard time writing this, but I hope you enjoyed it, I’m catching up with the posts I didn’t share for last week so you might see a couple of them randomly drop in the coming days.

10 thoughts on “On Loss and Recovery:” 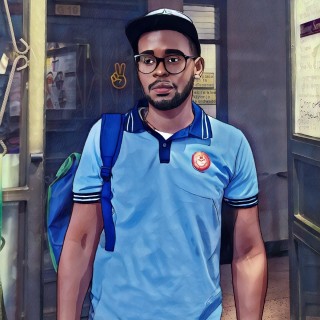 I stand behind these words, I'm a christian but not perfect - Nf

Glitter In My Thoughts

I have a little glitter in my head that I design out through words!

Bringing Happiness to Your Home

Dive deep into my thoughts

spiritual enlightenment and self improvement

Stories that are relatable to the world's current situation in order to inspire world with the power of Art.
Glow Through It

"The true African story can only be told by Africans"

A blog about wrestling with the Word of God

Writing can be anything for anyone but for me it's to express the overwhelming feelings I feel that cannot be said .[Disclaimer : everything posted here will be my own work (p.s. work here means everything written and not the images) unless mentioned otherwise. Please do not copy.]

The Truth for Kyle Brennan

Scientology & the Death of Kyle Brennan

Love with magic and Grace, in season like the stars and the moon, in the dark they shine confidently beautiful,🌟

Records of the amateurish philosophic alignment to what we see, hear, feel, taste and smell

Literary Pasta, made with aromatic earnestness , served by an overthinking mind.